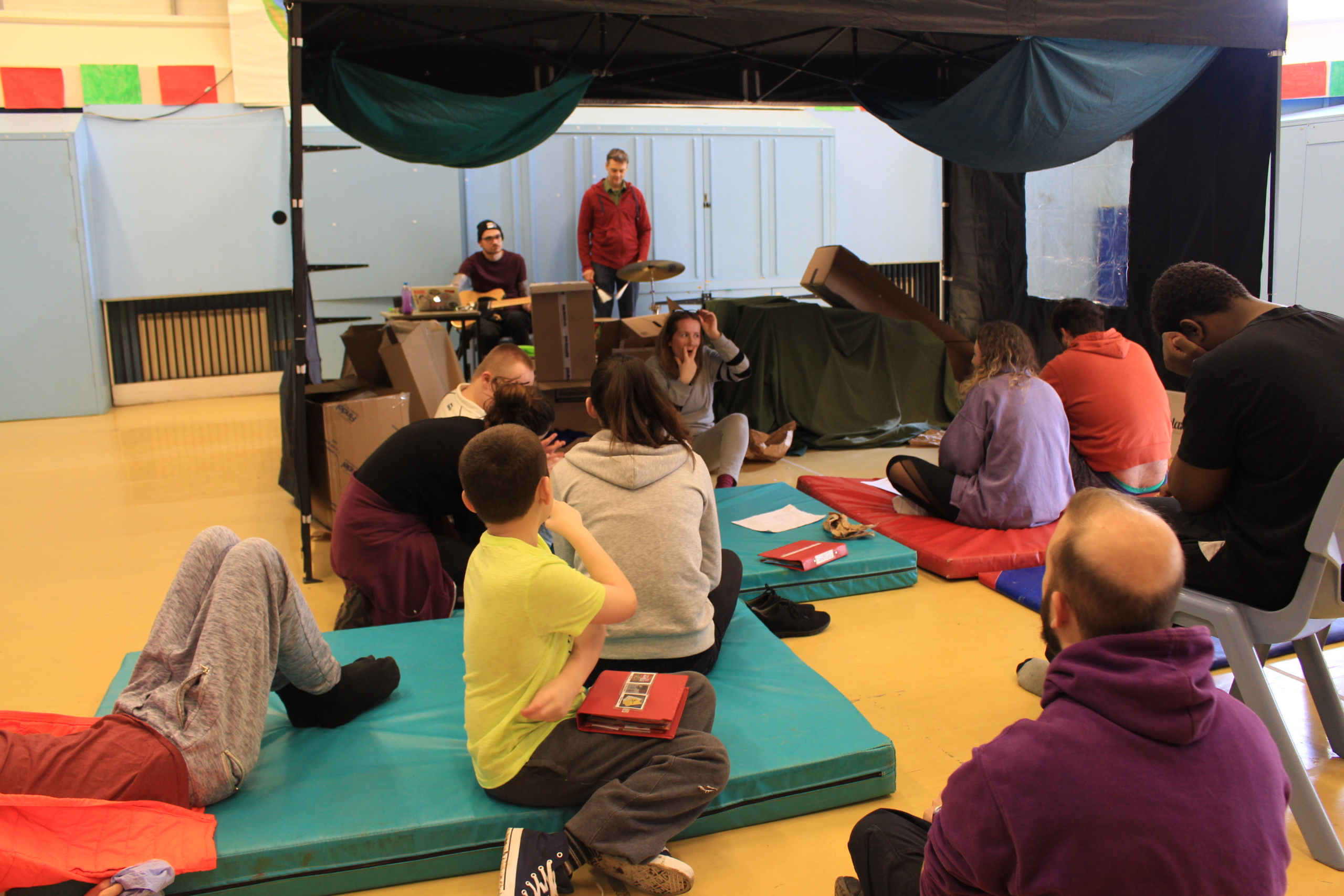 Hello my name is Sophie and I am lucky enough to be an actor on this exciting project here at The Loddon School. Here we are already in week two and some amazing and beautiful pieces of theatre have already been created.

Lucy and I arrived at the school with the beginnings of a narrative that we wanted to explore in today’s rehearsal. After having a quick briefing with Katy, Michael and David it was agreed that we were to follow the narrative of a character who has escaped to their attic as their birthday party was too loud for them and in their attic they find a machine. With this in mind we built a performance space out of cardboard boxes and put a mat in front so that students could observe or partake in the rehearsal as it went on. As each student entered the room we were able to develop our narrative further.

We played around with some script work that Lucy had written, and I learned the Makaton signs for key words which will enable me as an actor to communicate with all audience members. Kieran and Thomas were two of our audience members in the morning and it was interesting to observe as we played around what they each found engaging. Kieran was keen to follow and copy what we did, which led us on a journey to space. After sitting Kieran in a cardboard box we were blasted off in our spaceships, which Kieran thoroughly enjoyed as we sang a space song. Thomas wasn’t keen on getting in the box but that was okay, we still sang to him which he loved.

As each student came in during that morning we repeated the scene and the journey to space, where we learnt what we had made so far was a success for various reasons amongst the students. For example Tyrese loved being able to see his face when we placed a mirror inside one of the boxes.

We also tagged each other out during the rehearsal so that I, Lucy, Katy and Michael had a chance at playing each of the two characters as this theatre company depends on any of us being able to play the parts. This has added to the process as we have each brought something different to the roles.

From this session we have been able to develop the beginning of storyline and have even discussed set and props that will work for this idea. We are well on our way to creating something sensory, bold and ultimately beautiful that we will soon be able to share with our students and others outside of Loddon School. 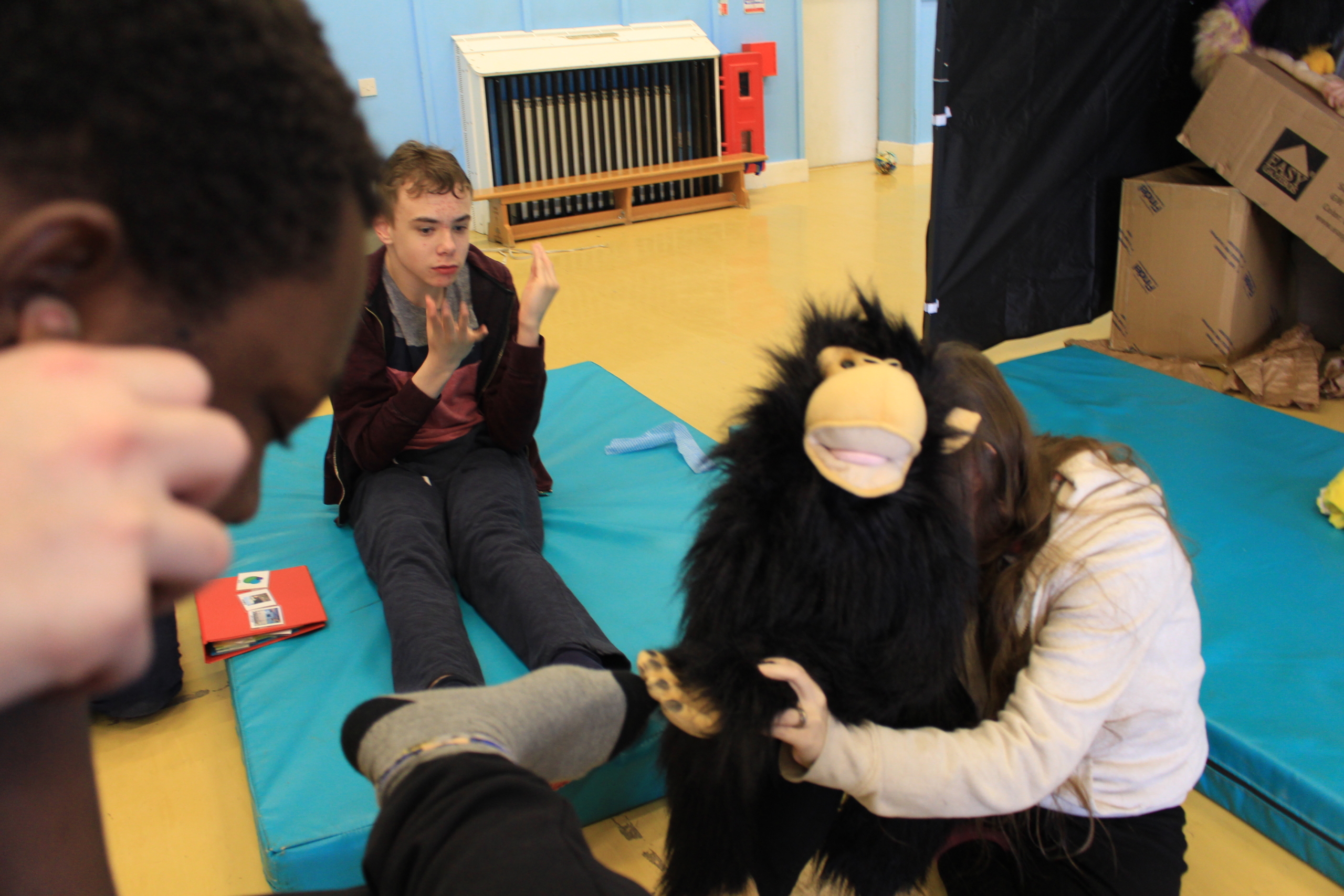 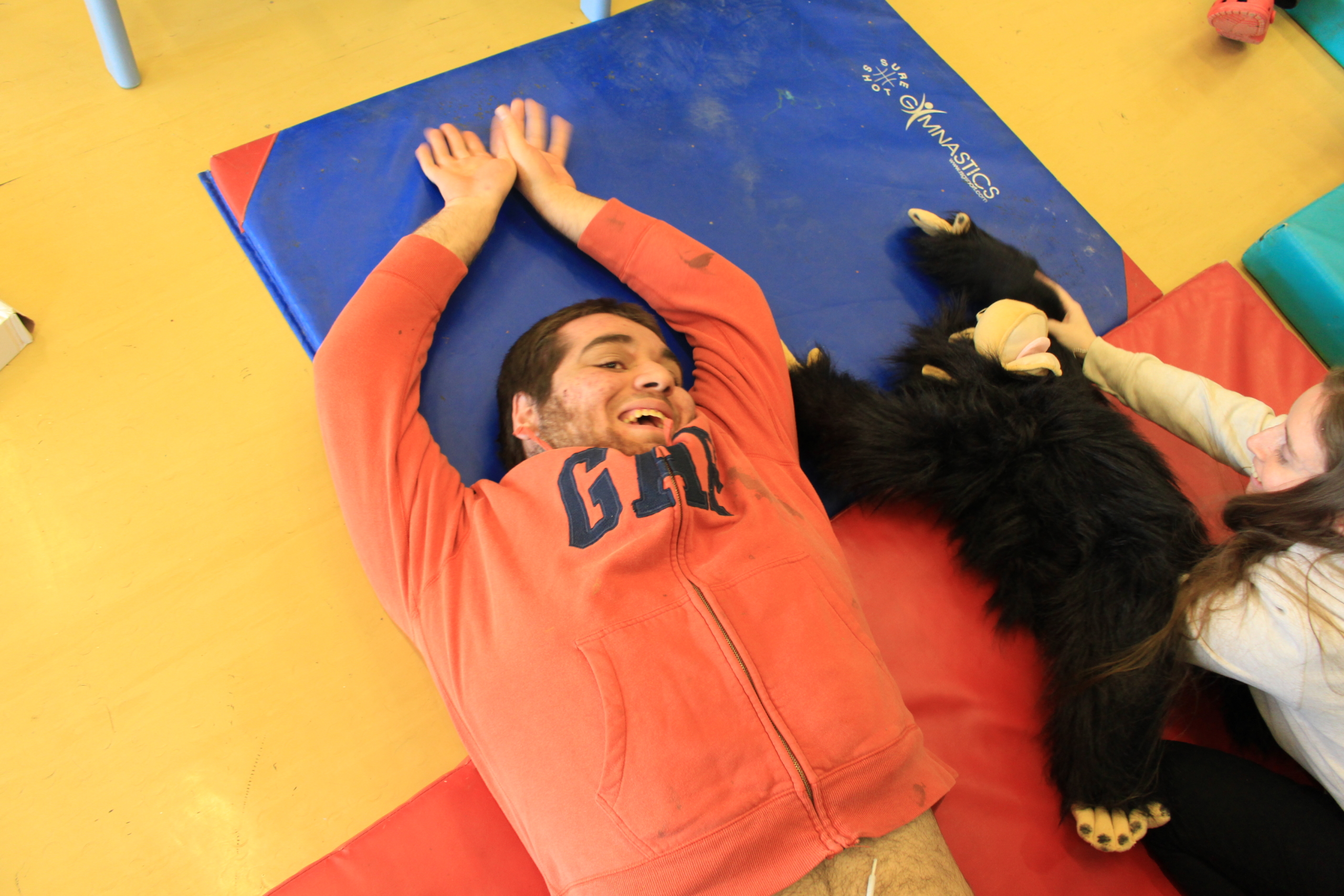 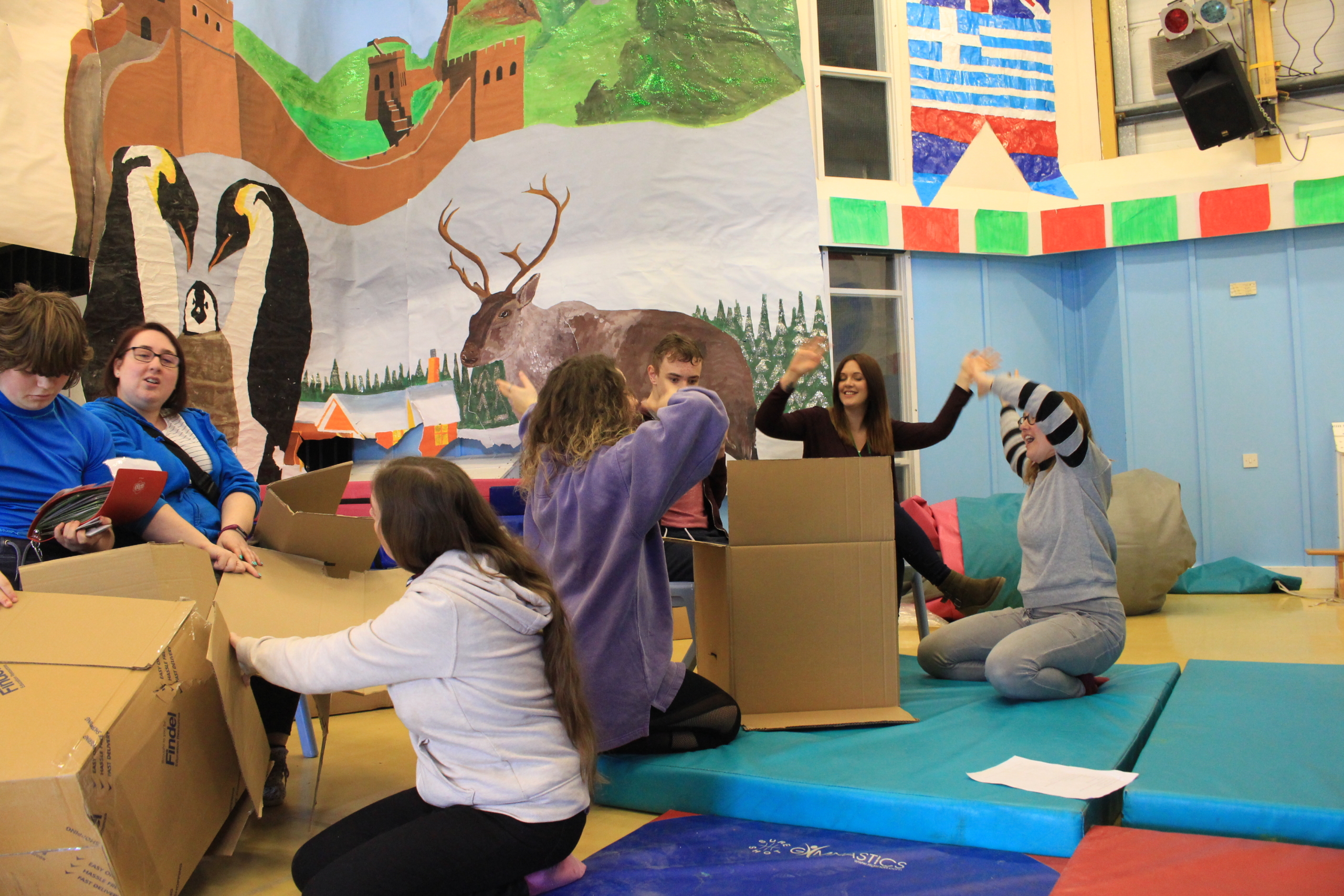 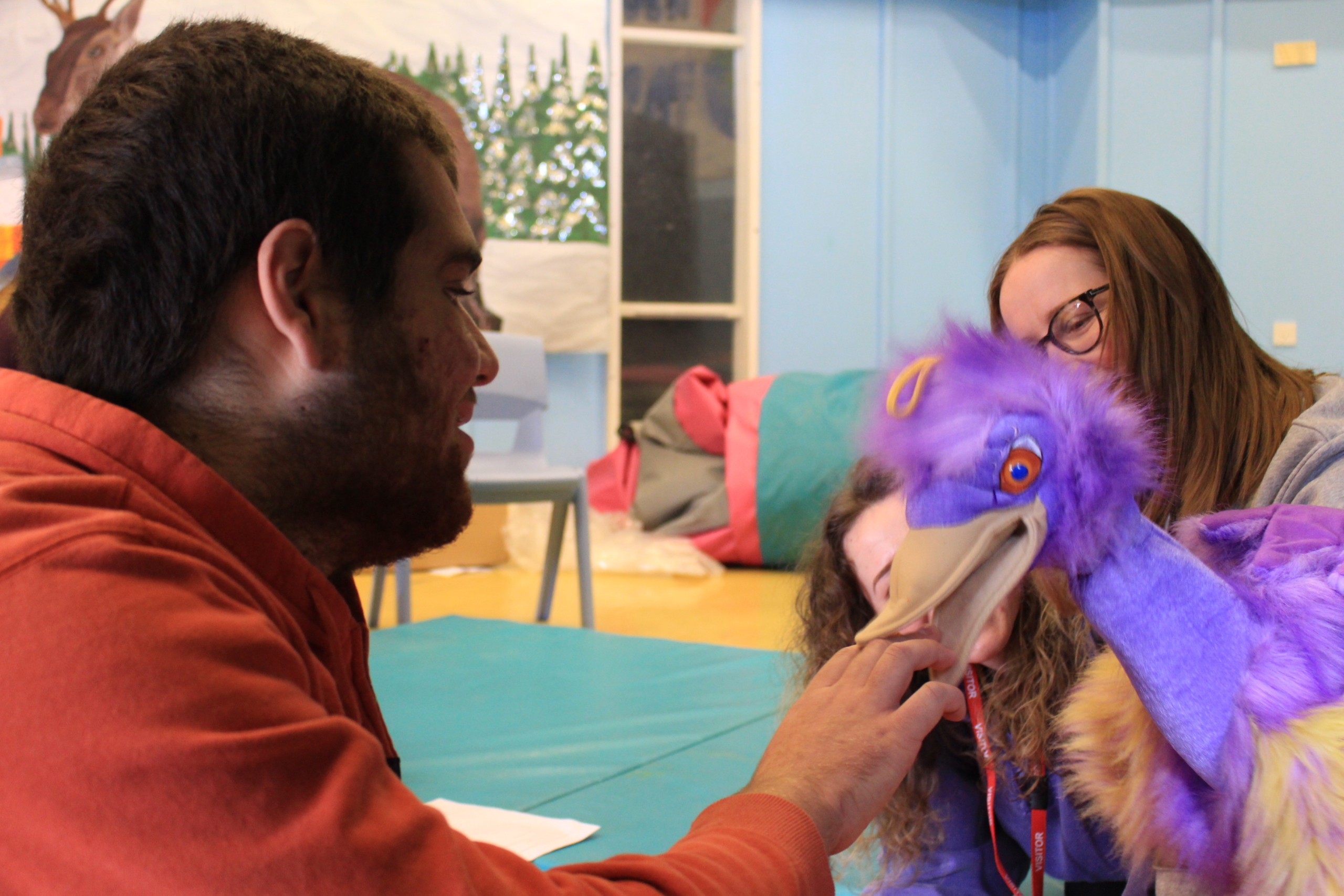 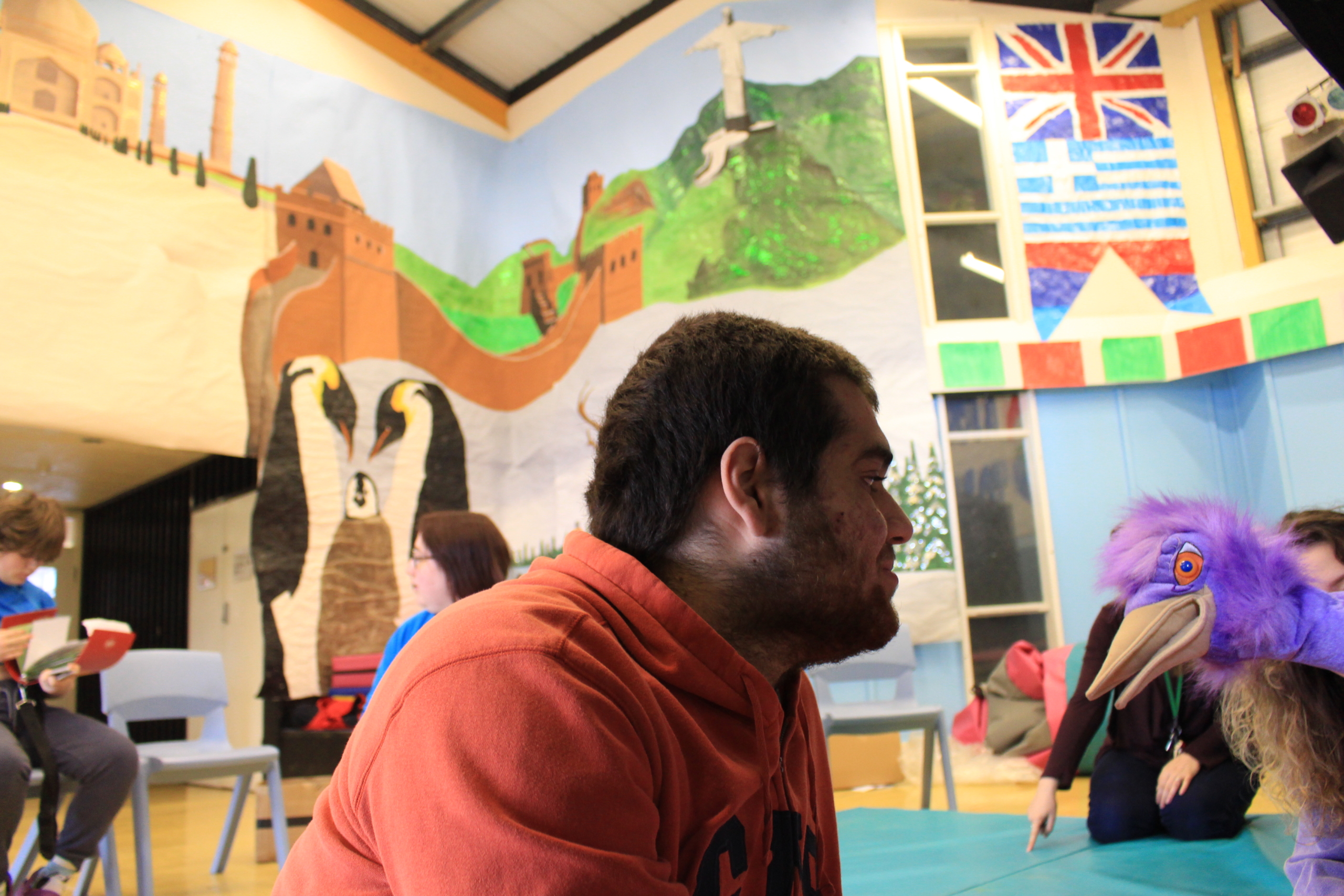 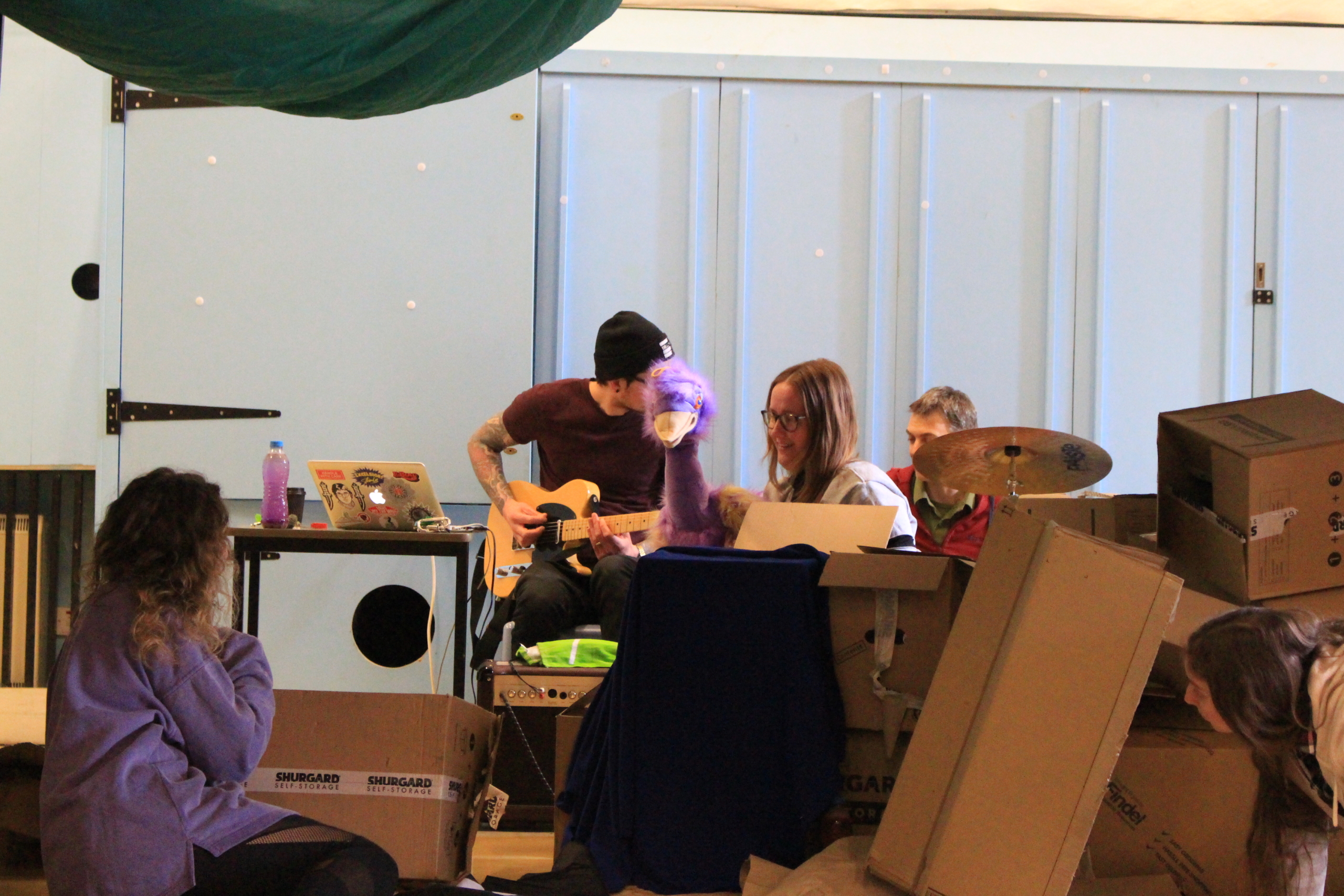 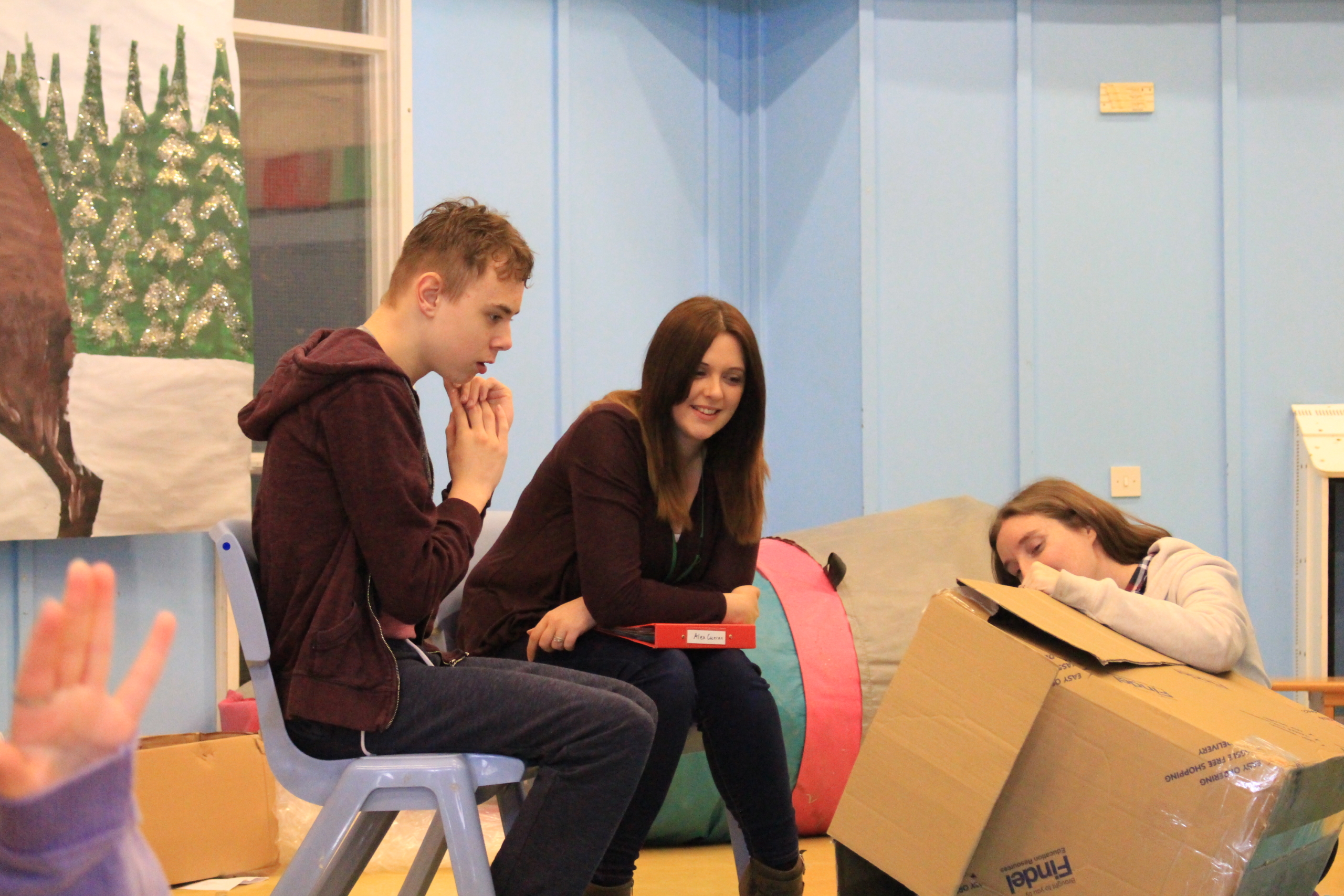 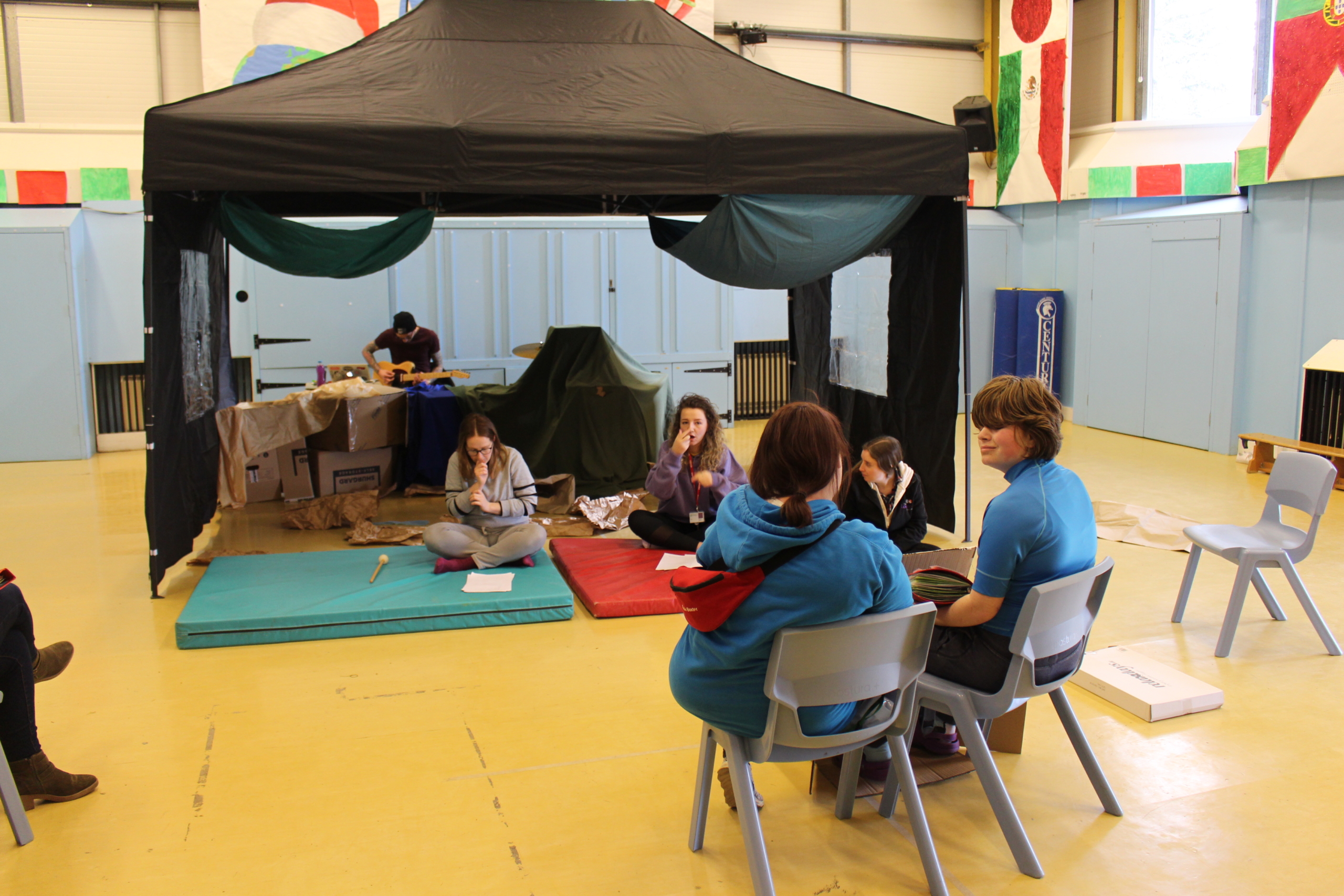