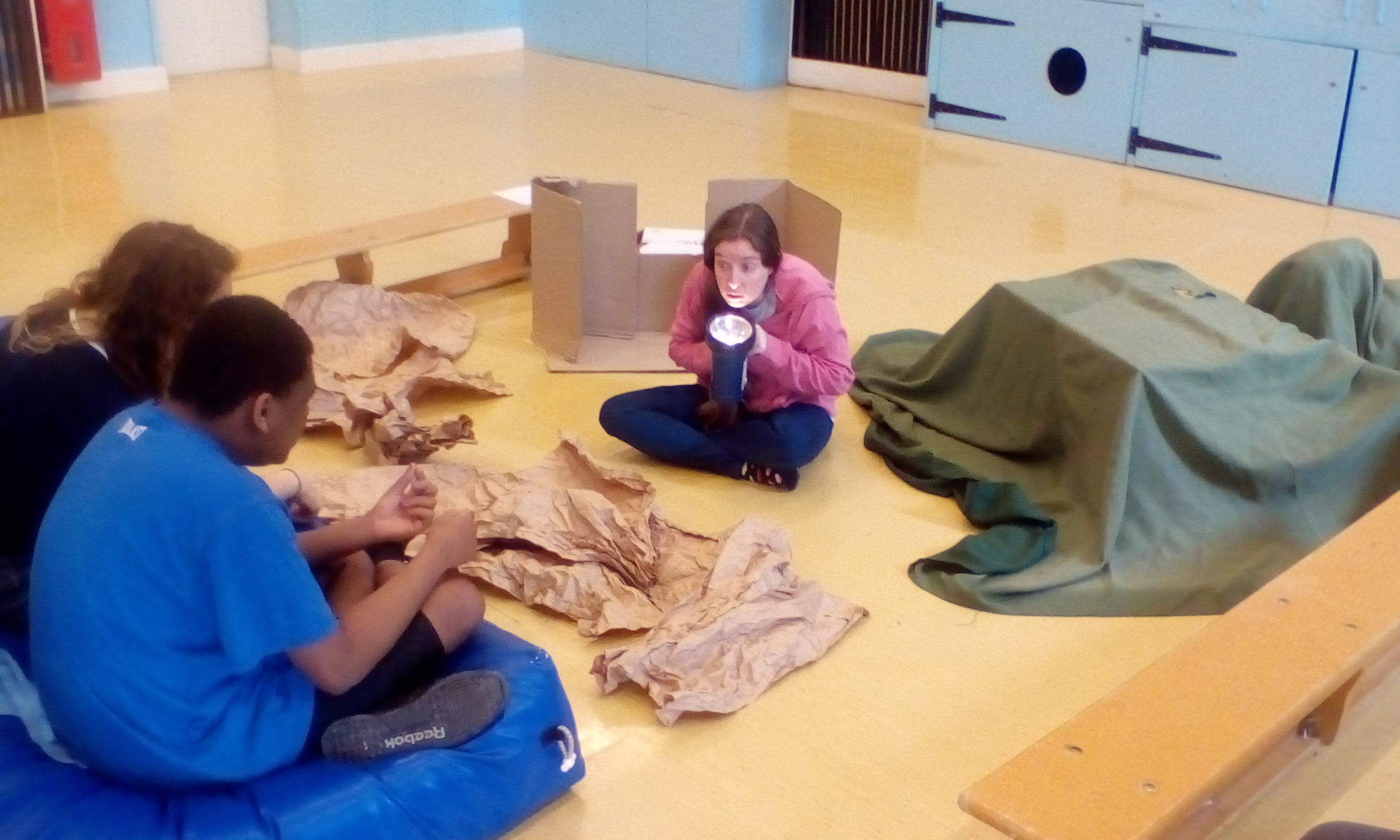 Something new and exciting is happening at The Loddon School. My name is Lucy and I am the resident director of The Loddon School’s interactive and sensory theatre company. Over the next 8 weeks myself, an actor named Sophie Maher and Loddon school staff Michael, Katy and David are in residence at the school creating a brand new piece of theatre. The show is as yet unwritten, the content undecided and today marked the start of the devising process.

Sophie and I arrived at 9.30 and made our way to the barn with Michael who is producing and designing the production and David who is the musical director and sound designer. Sophie and I warmed up and decided today we would play with the idea of ‘adventure’ and focus on copying everything, keeping our eyes open to seeing things anew and with a sense of wonder. During our time at the school we will be spending time in the rehearsal room with students at The Loddon School, allowing them to inspire us and what we make, we hope that at the end of the process the show will be reflective of the interests and personalities of the students at Loddon and will tell a story that resonates with them.

When Alex came to see us we were inspired by the shapes and motions he was making with his hands, Sophie and I created fluttering butterflies and flew them around as David accompanied us on the guitar. We spent a lot of time with Ronnie, running around, jumping and spinning as well as playing on the drums. Not everyone liked the noise and this made us think about creating a story about a character who wanted to hide away somewhere quiet and who ends up on their own adventure by mistake. It would be good to do a show about the rewards that come from being brave and overcoming fears. Joshua visited next and we played with the idea of monsters from space; feeling the vibrations from the cymbal on our cheeks.

We spent a lot of time with Adam, creating characters like a pompous king and and a funny shark, we also were inspired to try out body percussion, beating a rhythm on our bellies.

Today was all about watching, learning and copying; and we wrote down everything we noticed. Hopefully by next week we can start to play with character and the beginnings of a narrative.

It’s all quite exciting and also a little bit nerve-wracking! 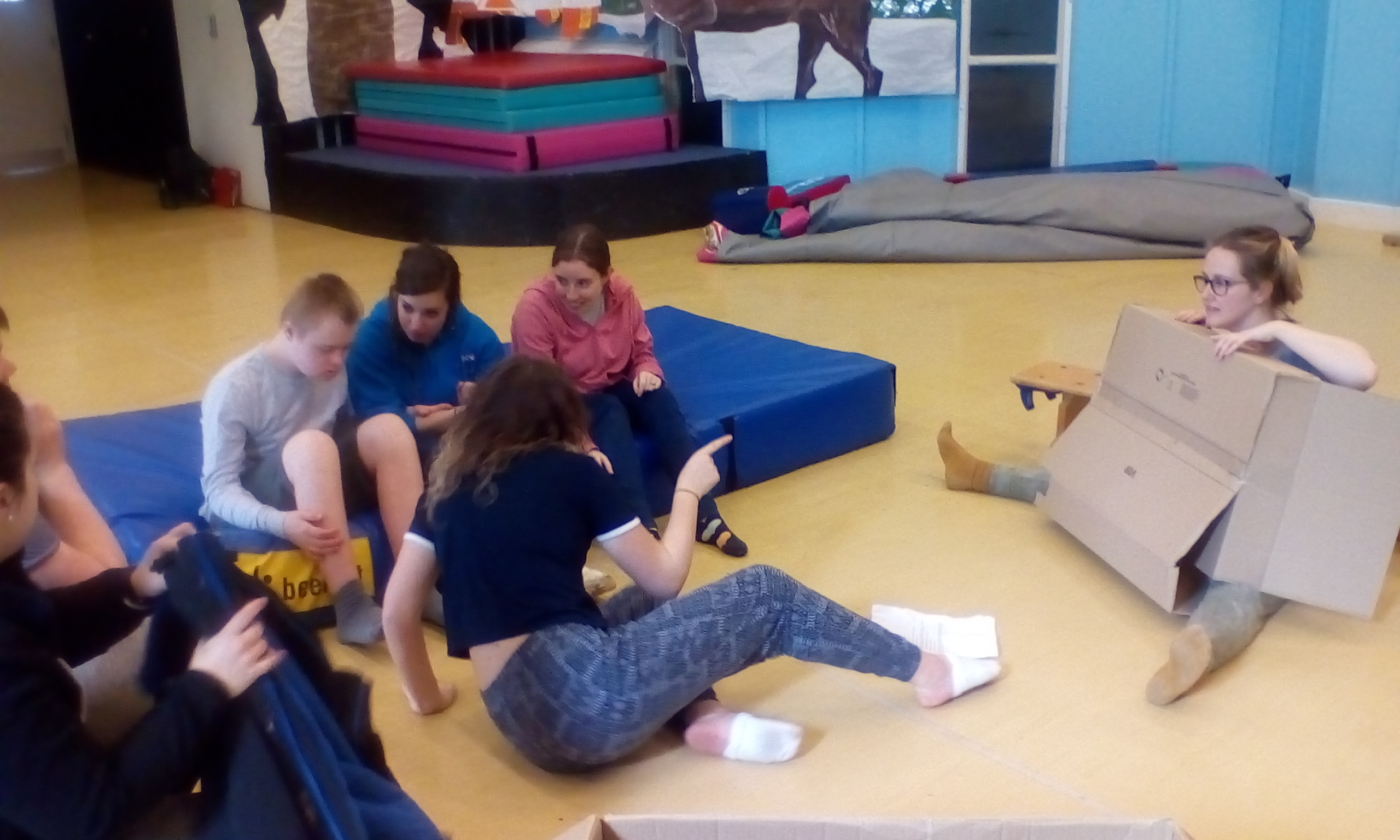 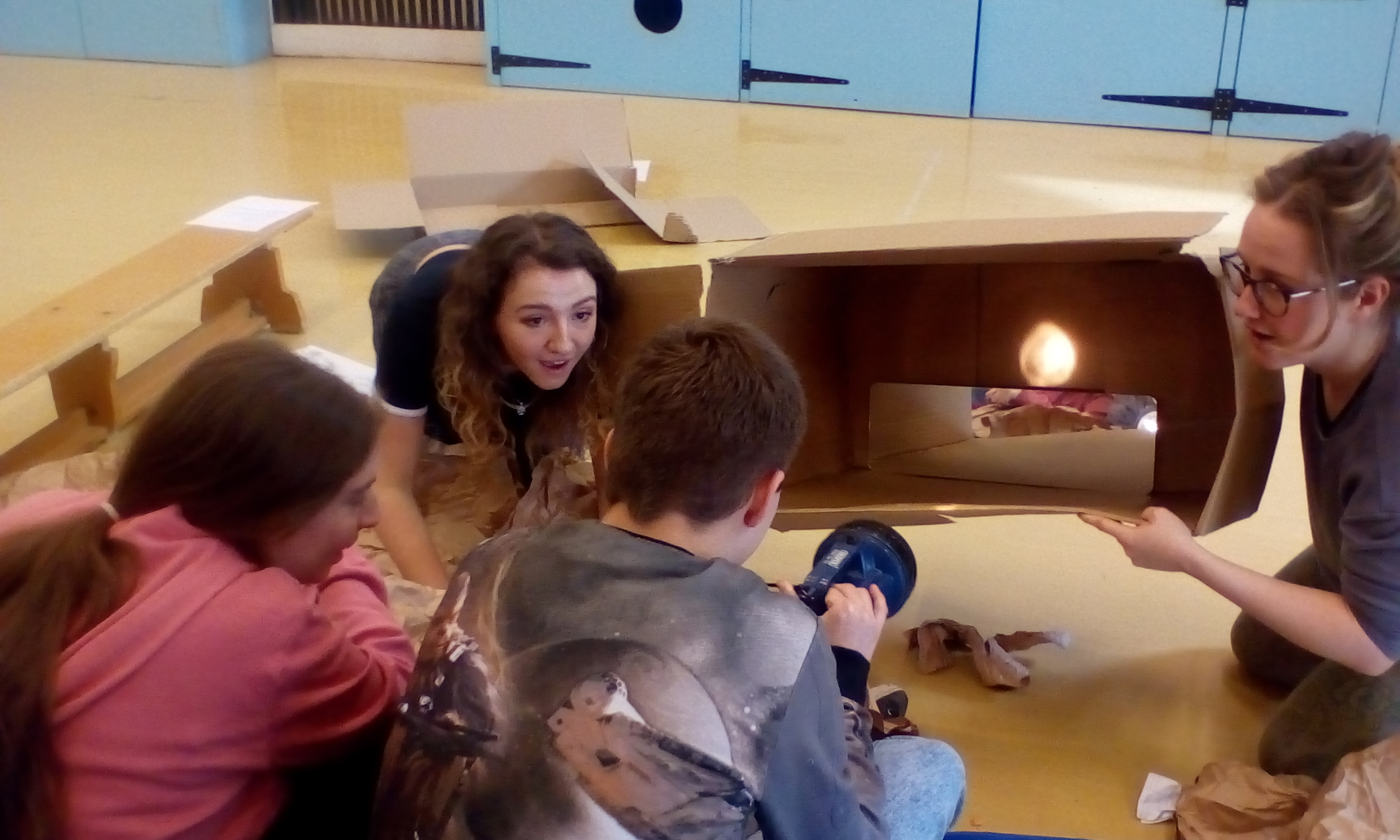 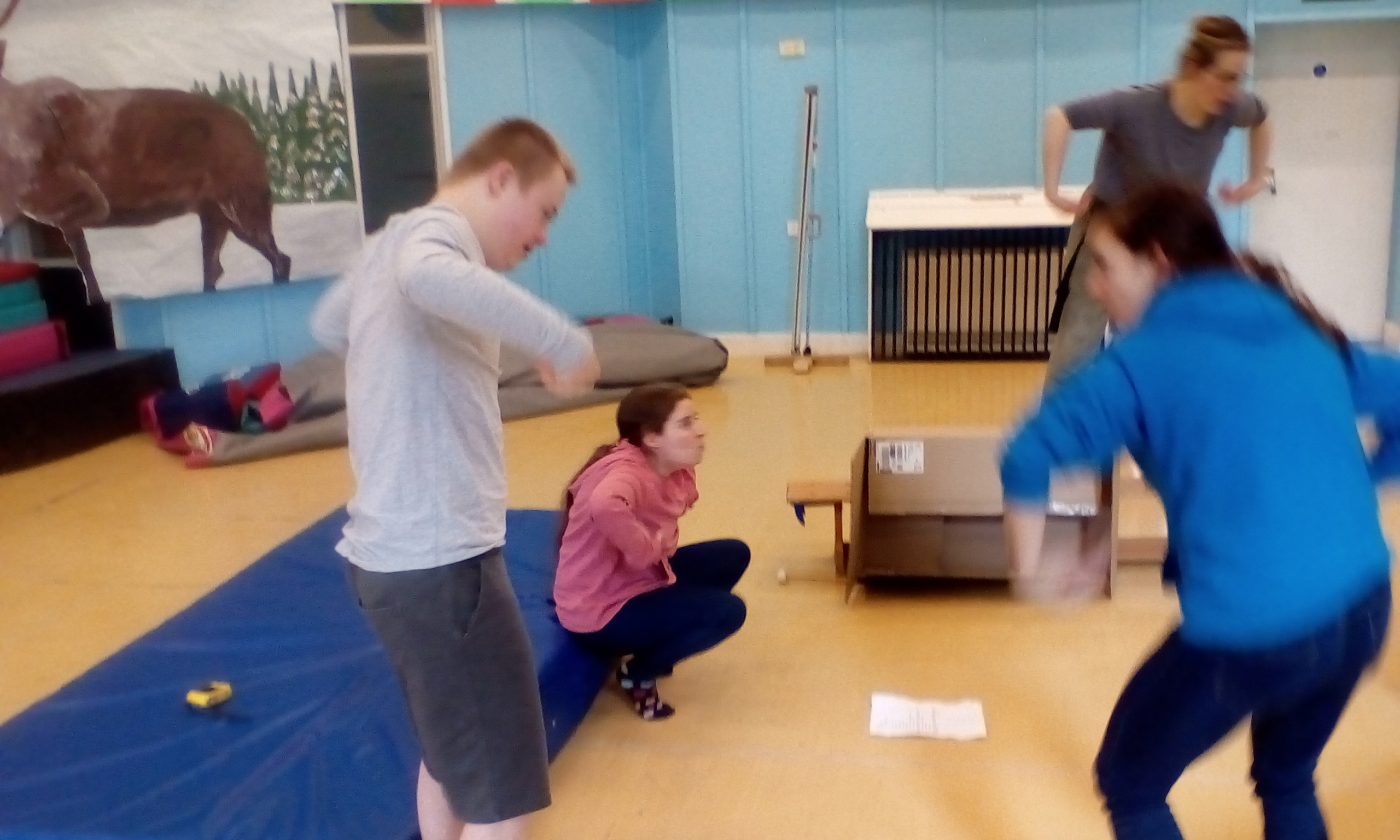 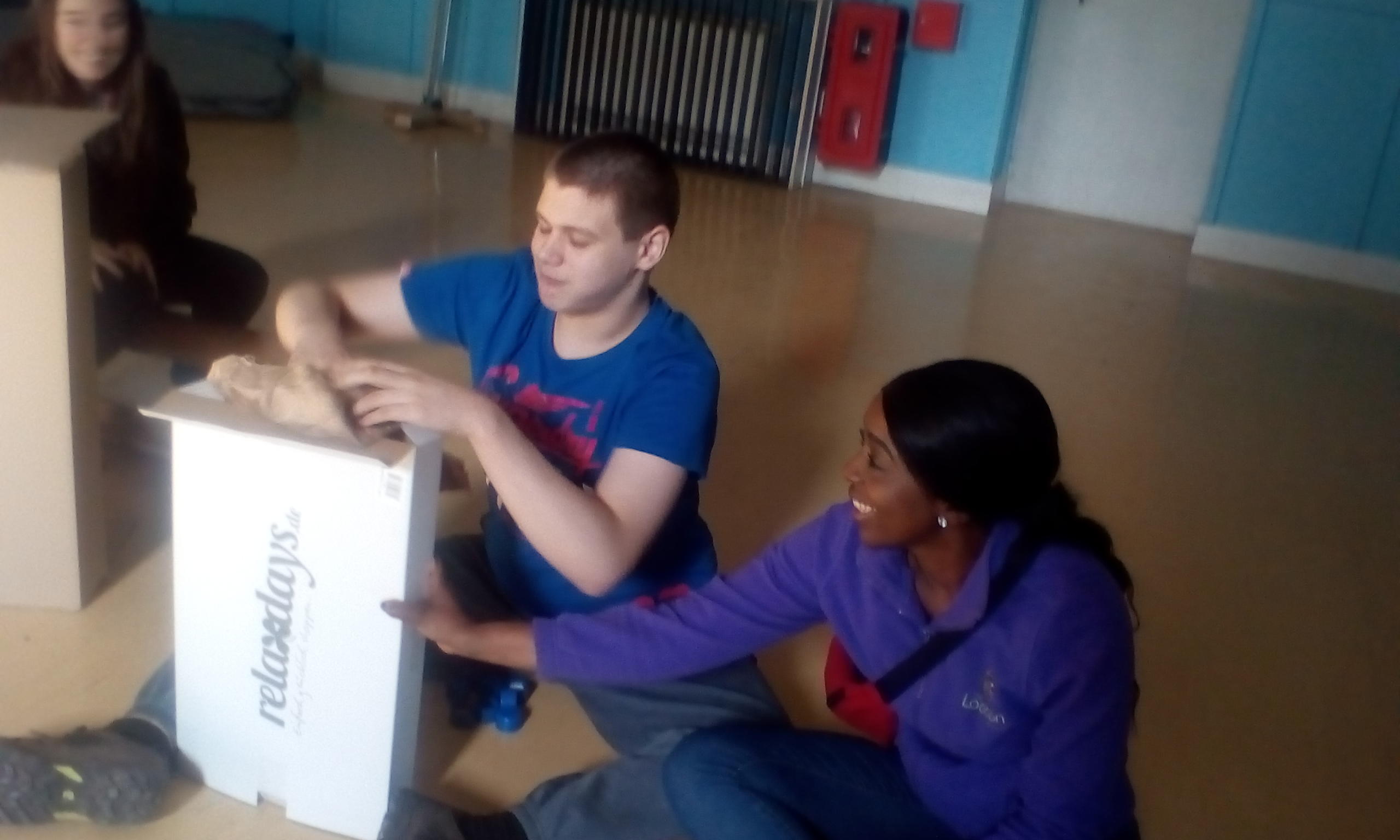